More than no sulfites added wine… 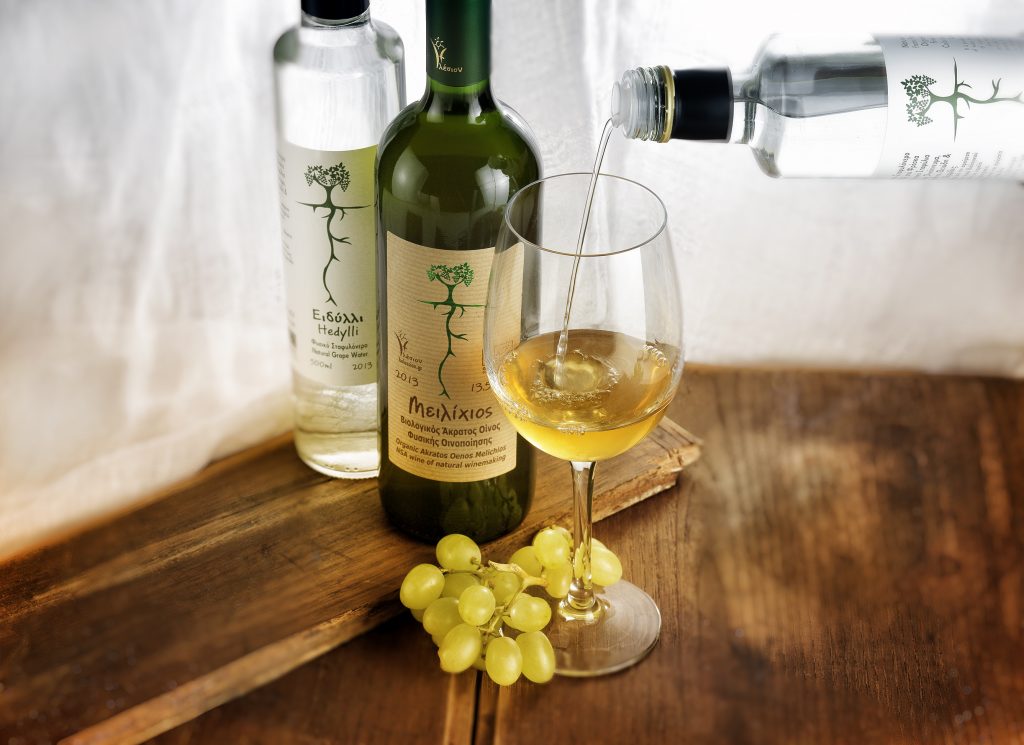 The organic Helession’s “Akratos Oenos” is a high alcohol BIO wine with red, natural vinification with native (wild) yeast. Hasn’t been added sulfites preservatives or any other kind of additives, is 100% from grapes! There hasn’t been protein precipitation and is not filtered! Akratos Oenos is a vegan fit wine.

Thus almost all antioxidants and polyphenols (luteolin, resveratrol, OPC etc.) contained in the grapes have passed into the wine body. Therefore, it forms part of the Mediterranean diet and of French paradox. Helession’s products from grape proved to be a very strong shield of health.

This is why the wine is part of the Mediterranean nutrition(1) and of the French paradox(2).

HELESSION is a quasi homemade wine of mature taste, rich in fruit aromas. It is a product of traditional grape’s varieties cultivated for thousands of years in Greek land. The specific selected grapes are exclusively of organic (BIO) agriculture. All of our vineyards thrive, free of pesticides or chemical fertilizers. They are deeply rooted, thus all substances from mother earth are readily accessible(3).

The advantages of the Helession’s products are: 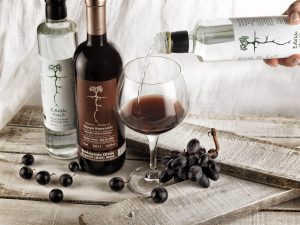 The ancient Greeks had invented a brilliant, natural method to preserve and enjoy wine. This excludes the use of any chemical and/or toxic additives. The unique outcome was a high grade vivid wine which they called “Akratos Oenos”.

During their symposia though, they used to drink an amalgamation of Akratos Oenos with spring water or ice. So they prepared the wine strength according to their mood. The effect was long lasting. They could join the philosophical debates for hours with bright minds and high spirits concurrently!

Helession’s Akratos Oenos, when mixed with Hedylli, gives us Kekramenos Oenos, what we call wine nowadays. By using Hedylli and VeganHoney, every friend of wine can create his/her wine, as strong and as sweet as he/she wants it!

As light as you want it with Hedylli

As sweet as you want it with VeganHoney! 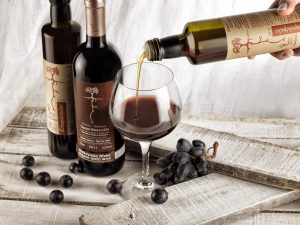 By revitalizing Ancient Greek Oenos, Helession produced two more products, Hedylli and VeganHoney, both out of 100% fresh grape juice, only by extracting the dewdrop of the grape under the environment’s temperature.

The Hedylli is produced 100% out of the juice of fresh biological grape, it is unheated and unfiltered. It contains no alcohol, no calories, and no sugar. There has been no adding of preservatives, flavor, chemicals or colors. It consists by 99% of water without salts! 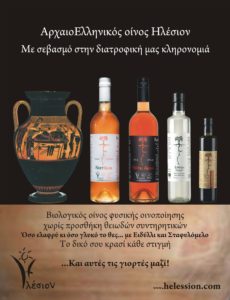 The VeganHoney (honey from grapes) is what remains when we extract the dewdrop of the grape from the juice under the environment’s temperature. It contains the unaltered ingredients and aromas of the grape.

The VeganHoney is the natural syrup of fresh, biological grape, without adding any preservatives, chemicals, or sugar. It is unheated, unfiltered and unleavened, without any alcohol!

After 40 years of research, the Community of Helession revived Ancient Greek Oenos, and created four magnificent, innovative products that over succumb the demands of biological farming, they have no sulfite preservatives, they are tasty, and they are preserved and ameliorated through the years!

Thousands of years after the celebrated meetings of ancient philosophers and eminent men, we are able to enjoy the gift of the vine, in the same formula and with the purity of untouched nature.

1. The Mediterranean nutrition that was studied before the last century consisted of high strength wines that still remain in many mountainous villages, especially in Crete. During the process of vinification they use the peel and the seeds. It was the same procedure that created the “French paradox”, meaning the benefits of wine through “red vinification”.

2. It is called the “French paradox” because for centuries it was observed that the French people did not have so many cardiac problems, compared to the rest central Northern Europeans, even though they were eating a lot of meat with bad cholesterol fat (saturated). The observation that the French people were 2,5 times less likely to die from coronary disease, even though they had high cholesterol and high blood pressure, attracted the interest of the scientific community. 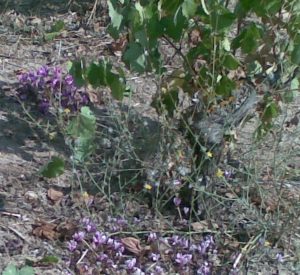 This phenomenon was mainly studied during the last century. Scientific data showed that red wine is what saves the French people. Thus, the “French paradox” opened the way for a continually rising scientific interest regarding the benefits of wine through “red vinification”.

3. Cyclamens (flowers) and cedars accompany them; traveler birds come to feed themselves from the grapes’ strength, the fragrant winds caress them. Sleepless guards are God Dionysus, the great Pan, the Vakhes, the Nymphs, and the Satyrs with their smiling gaze.